The research begins with attempts at dissolving the illusion of a ‘common world’, that appears already co-opted by satisfying hegemonial claims for (its) order. Taking the underlying theory of multiple worlds1 as a point of departure, it aims to develop and assess different exercises in Collective Worlding through methodologies of Dreaming, Storytelling, Gaming and Dialoguing.

The development of those methods builds on and extends the ongoing research project DISTANT BODIES AND ACCOMPLICES that explores the hybridization of online game play and performance. The MAPP project will focus on developing interactive narrative formats that evoke a conspiratorial attitude and experiences of bleed. ‘Conspiratorial’ gameplay engages players without automatically antagonizing them. They col-lude, which means they play together, against the game itself, which makes them Accomplices. The notion of the Accomplice is similar to that of the trickster but it implies a relatedness. Their belonging is not necessarily based on likeness or next of kin but bound by a common goal. ‘Bleed ’ is a term used in LARP (Live Action Role Play) to describe the grey zone between fiction and reality, where the border between player and character dissolves.2 The research is committed to show the fragility of that boundary and to understand collective dynamics in the construction of fiction and reality.

What can we learn from the collective fictions that our mind produces?
From the choices we make playing in them?

‘Conspiratorial Bleed’ fosters the mutual acknowledgement of colliding worlds and yet the willful temporary crafting and inhibiting of common space. This also happens in games in which the creation and negotiation of a shared gamespace become central, despite being in physically or mentally distant places. There are different ideas of what the activity of worlding3 pertains. It ranges from the imagination and fostering of fantastical cosmologies, utopias or futures you can believe in4 to the construction of new reality systems or the active forging of functional systemic alternatives.5

1 In Ways of Worldmaking (1978) Nelson Goodman already performs the ontological turn away from a dualist approach of ‘Many worldviews, only one world’ to the idea of multiple worlds.

2 Omsk Social Club, a “futuristically political”, [i.e. unrealistic] immersive action group discuss the use of ‘bleed’ in their work. (2019)

3 In his talk “The End of the World(s)” (2020) Federico Campagna stresses that there is no world. There is only the activity of ‘making world’, which he describes as aesthetic and axiomatic.

4 In the “Emissary’s Guide to Worlding” (2018) Ian Cheng describes Worlding as creating futures you can believe in and outlines a path for making Worlds that can cross the threshold of imagination into aliveness.

Carina Erdmann is based in Berlin and Brussels. She works as multimedia artist, PhD researcher and mentor at LUCA School of Arts. With a background in theater and further education in audiovisual media, performance, critical theory and game design, her artistic practice is marked by a synthesis of different disciplines and perspectives. Her work explores collective worldbuilding, critical empathy, digital commoning and enabling structures. In her research she develops and assesses Remote Live Game Play, a hybridization of online gaming and performance. Carina is a co-founder of 0ct0p0s.net, a research site for collective and interactive narration. 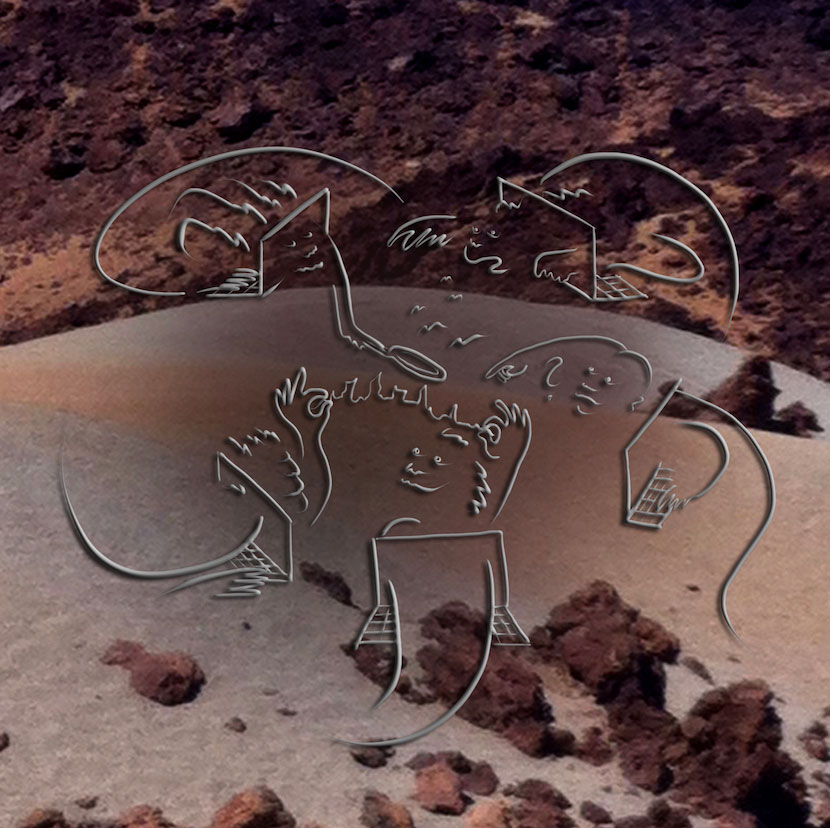