On 14th February 2019, citizens in the canton of Zurich voted 54.6% against the privatisation of its water management. Although a victory for direct democracy, this slight majority demonstrates the increasing threat that is posed to water access in the city, and its undeniable role within the immediate future of the Anthropocene. How can we address the inequalities to the global distribution of commons, and more specifically water?

Zurich, London and Berlin are three cities with very specific relationships to their waterways. The aim of this proposal is to start from these three cities as our personal backgrounds, to understand the access to water as a common good within other urban contexts. Utilising a collaborative methodology that focuses on process rather than product, we propose to investigate water use through three lenses: Infrastructure, Energy and Climate, and the Social-Spatial.

How can we overcome the binaries between designers, facilitators and users? In what ways can we sensitise urban environments for new ways of commoning water?

Panta Rhei Collaborative, is a pan-European spatial agency founded in 2020 and currently based in Berlin, London and Zurich. We emerged from the common desire to investigate the role of spatial practitioners in their contemporary ecological and social responsibilities. In proposing work methodologies as a model of internal and external collaboration, PRC locates spatial practice at the intersection of several creative disciplines. Currently, our topics of reflection address culture as a means for regaining control of public commons; empathy and ecology as foundational environments; decentralising and opening up access to spatial discourse; addressing inequality and discrimination in both the origins and effects of creative labour; finding responsibility for the virtual realm, as much as the physical one.

Bene Wahlbrink, is an architect based in Switzerland and Germany. He studied at Munster School of Architecture, Accademia di Architettura in Mendrisio and ETH Zürich and was trained as an architect and researcher at HHF Architects, Herzog & de Meuron and OMA. Currently he is active in art and architecture education and was elected to the advisory board of the art association Westfälischer Kunstverein in 2015.

Julius Grambow, studied Architecture, Regional Studies in Asia/Africa and Urban Design at the Technical University of Munich, Accademia di Architettura Mendrisio, Humboldt-Universität zu Berlin and Technical University of Berlin. He has worked for ARCH+ and teleinternetcafe in Munich and Berlin, amongst others. Currently, he is part of the DFG/AHRC-funded research project Architecture after Architecture: Spatial Practice in the Face of Climate Emergency between London, Braunschweig and Berlin. 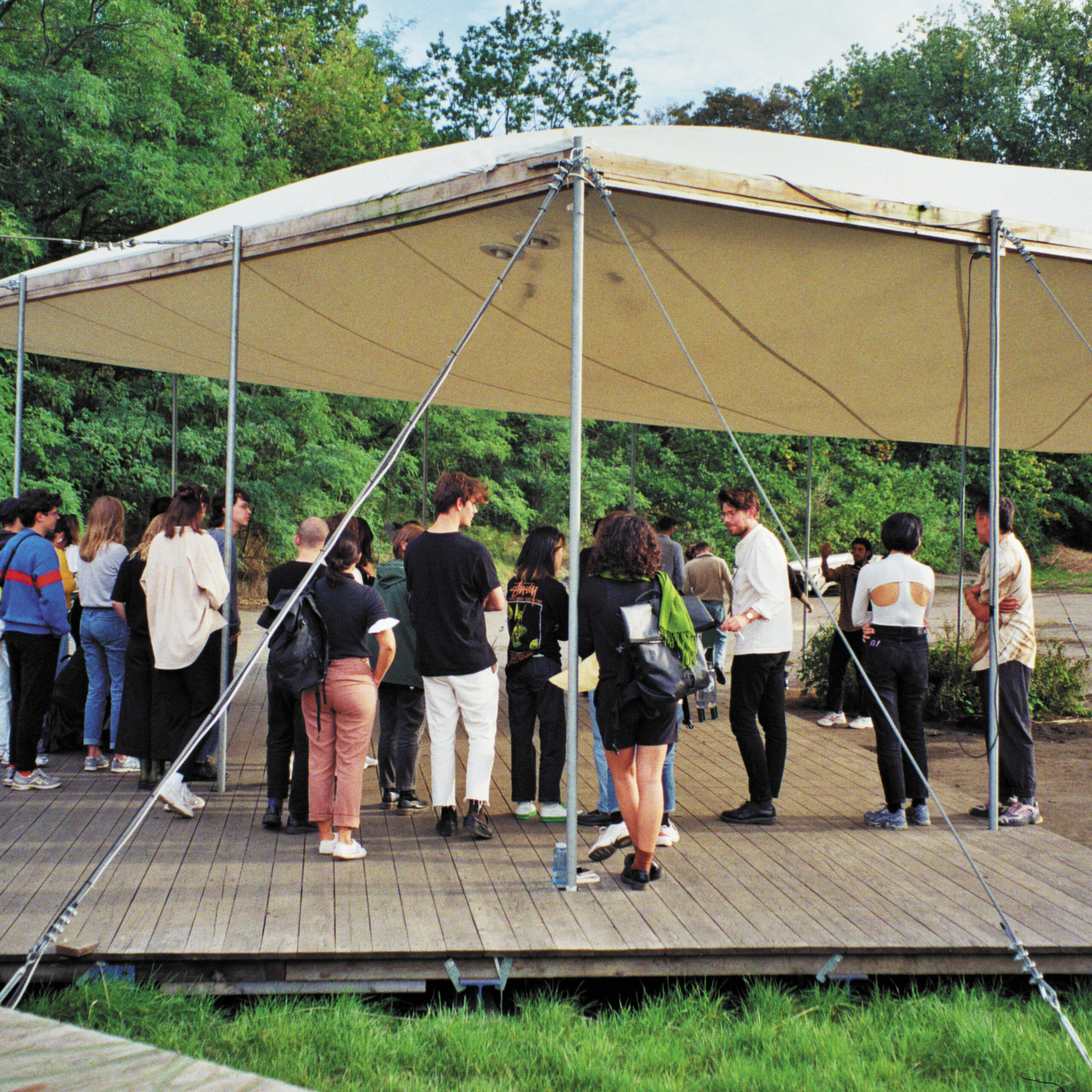