Borrowing from the exhibition title Sick Time, Sleepy Time, Crip Time: Against Capitalism’s Temporal Bullying, curated by Taraneh Fazeli, ‘sick time’ or ‘crip time’ is a care-focused temporality, which supports bodies in states of illness, rest, and disability – particularly in relation to the time they operate on. It circumvents and transgresses spatial temporal controls of the ill or impaired body in various discourses.

This softer, more malleable, approach to time is an already-in-motion re-imagining of collective forms of existence ‘as life under capitalism becomes impossible.’1 Benjamin Franklin, untitled, 2016. Reproduction of timetable from “The Autobiography of Benjamin Franklin” provided as source material for the series “Crip Time,” 2016–. Published in “Notes for the Waiting Room,” 2016 (forthcoming).

In relation to queer theorist Elizabeth Freeman’s recent theorizations of “chrononormativity” or how “proper” subjectivity distributes time around work and leisure towards maximum productivity2, I’d like to propose a consideration of the temporalities of the states of debility and disability (alongside the more commonplace processes of aging and daily rest) as potentially resistive to capitalism and other forces of oppression.

Dragging on, circling back, with no regard for the stricture of the work week or compulsory able-bodiness, sick time is an amalgam of queer and crip times.3 Sick time is non-compliant. It refuses a fantasy of normalcy measured by either-in-or-out thresholds, demands care that exceeds that which the nuclear family unit can provide, and hints at how we might begin to tell capitalism to back the fuck off and keep its hands to itself (i.e. pretty please stop expropriating even our most basic reproductive labor and resources).4

Sick time, sleepy time, or crip time, is a different sense of time we negotiate together.

Note: “Crip” is a political reclaiming of the derogatory label “cripple.”

2 Elizabeth Freeman, Time Binds: Queer Temporalities, Queer Histories (Durham, NC: Duke University Press, 2010), ix–xxiv. In opposition to the use of time to organize human bodies towards maximum productivity that is felt under a capitalist regime, in Time Binds Freeman draws from queer theory to offer up temporal drag as a viable oppositional force. Freeman positions her own work in a genealogy that departs from a progressivist historiography, instead emphasizing opportunities for rethinking historical consciousness in erotic terms by cultivating “queer asynchronicity” as both a lived experience and a historical method. This historical method incorporates the temporal heterogeneity required to revisit unfinished histories in a manner that accounts for the disenfranchised and disavowed. Freeman suggests that this disjunctive temporality, while a common symptom to the creation of a modern subject, is most pronounced in the bodies of gay men after the AIDS crisis.

3 Alison Kafer, “Time for Disability Studies and a Future for Crips” in Feminist, Queer, Crip (Bloomington: Indiana University Press, 2013), 25-46. In order to address how some disabled people’s desire for medical treatment does not preclude the need for us to imagine futures where disability can be understood as possible or desirable, Kafer opens with a distinction between “curative time” and cure: the former describes the assumption that medical intervention is the only way to encounter disability (thereby reading disabled people as obstacles to the arc of progress), with cures, or disabled people’s varied relationships to particular medical interventions. Throughout the chapter, Kafer examines how the discourses of queer and crip time are mutually entangled in their imagining of futurity outside of dominant narratives of progress, or how they think “straight” time differently, arguing that disability is already present in queer time. However, she argues that while recent theorizations of time by Lee Edelman, Elizabeth Freeman, and others deploy illness or disability in their definitions, they still write disability out of future ways of being. In addition to trying to think queer time through disability, after outlining Edelman’s ideas on how normative futurity gets thought through reproductive terms (and how this idealization of The Child is at the frontier of American politics), Kafer departs from his assumption that queers would be better off refusing the future altogether, instead arguing for a future that no longer depends on exclusion of queers and crips. 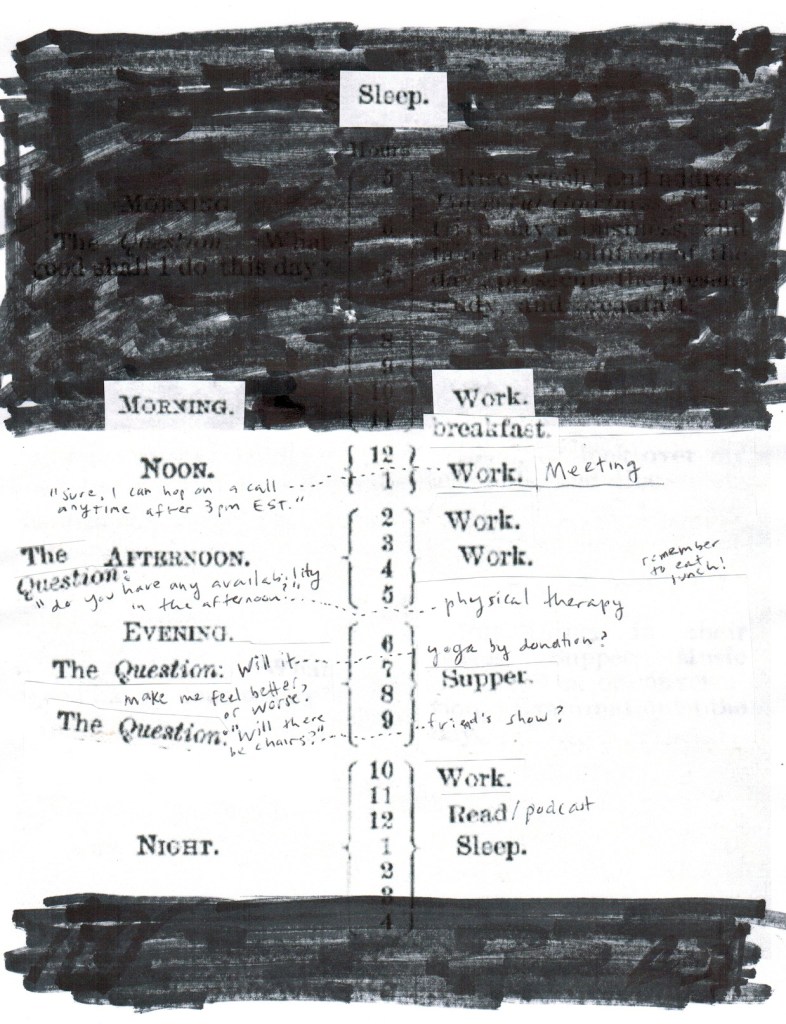 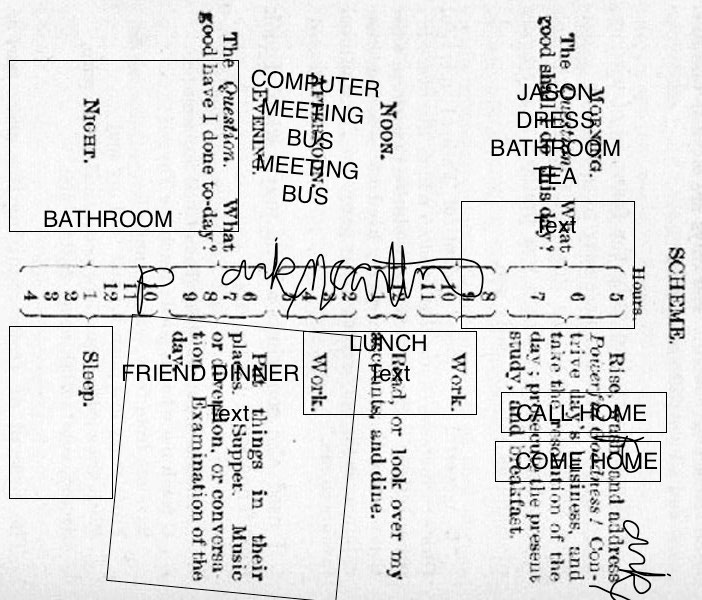 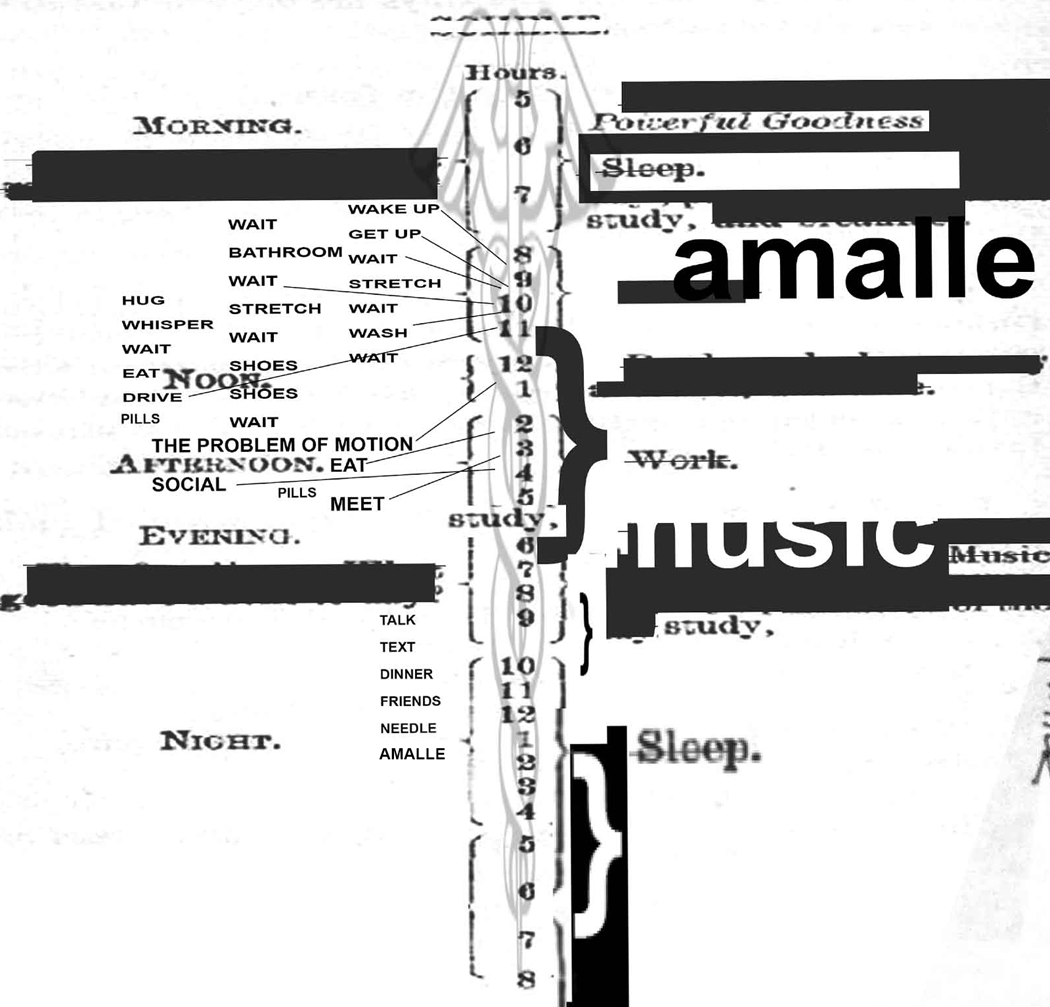