Eat me eat me not - art games for 'making kin'

This project proposal is part of a long-term artistic research practice broadly exploring ethical and epistemological questions of how to live harmoniously as a multispecies in a rapidly changing and deteriorating world. Being in harmony here means recognizing that living and dying are at stake together, and at the same time striving for kinship, for inclusivity, for a multispecies community in which all the actors are able and willing to work together and to be collectively responsible for each other. How can we learn kinship and put it into practice? Our initial assumption is that the ability to ‘make kin’ requires both ‘perspective-shifting’ (being willing to listen to other earthly beings) and ‘alter-rooting’ (being willing to engage with values that are different from our species-specific own). The aim of the project is to design, make and use art games during which players will experience ‘perspective-shifting’ and ‘alter-rooting’. Players will also be encouraged to make together (sym-poiesis) and assume responsibility together.

Games can be powerful tools to involve players and inspire them to think in novel ways. They can also be designed with purposes other than entertainment, for example with the aim to change the attitude and behaviour of players beyond the game session, as in persuasive games. Usually games are distinguished from open play because of their structure, which is given by clearly defined rules and ending points. In this project, art games are defined as games that are much closer to play, in the sense that their rules are loosely defined, new elements (and sometimes also new rules) can be introduced by the players themselves (thus actively transforming the game), and the playful element becomes predominant and may even overcome the rules.

In this project I will translate my research into practice by designing art games in which traditional game dynamics are coupled with performative techniques to involve the players in the co-creation of the game. In the game, players will experience ‘perspective-shifting’ and ‘alter-rooting’, and will be encouraged to embrace kinship beyond the game session. Since the notion of kinship is deeply entangled with the notion of ecosystem, and any given ecosystem is always and foremost also a food system, the idea is to begin my game storylines by unpacking the hidden infrastructures of our contemporary industrial food system, its environmental consequences and its impact on climate change. By taking a critical approach to the food industry, the idea is to explore, in a playful way, what will end up in our plates if we were to ‘make kin’ instead of exploiting and enslaving.

This project is loosely inspired by the notion of ‘making kin’ described in “Staying with the trouble” by Donna Haraway (2016), the heideggerian concept of ‘localized ethics’, and recent approaches in the field of food studies.

Manuela Viezzer, is an artist and researcher based in the Netherlands. She is interested in the significant otherness of non-human living organisms and often works through the ethical implications of believing that humans and non-humans share an equal moral status. She is currently exploring how the combination of art and gaming techniques can encourage 'making kin' and create ground for the emergence of inclusive and sustainable multispecies societies. 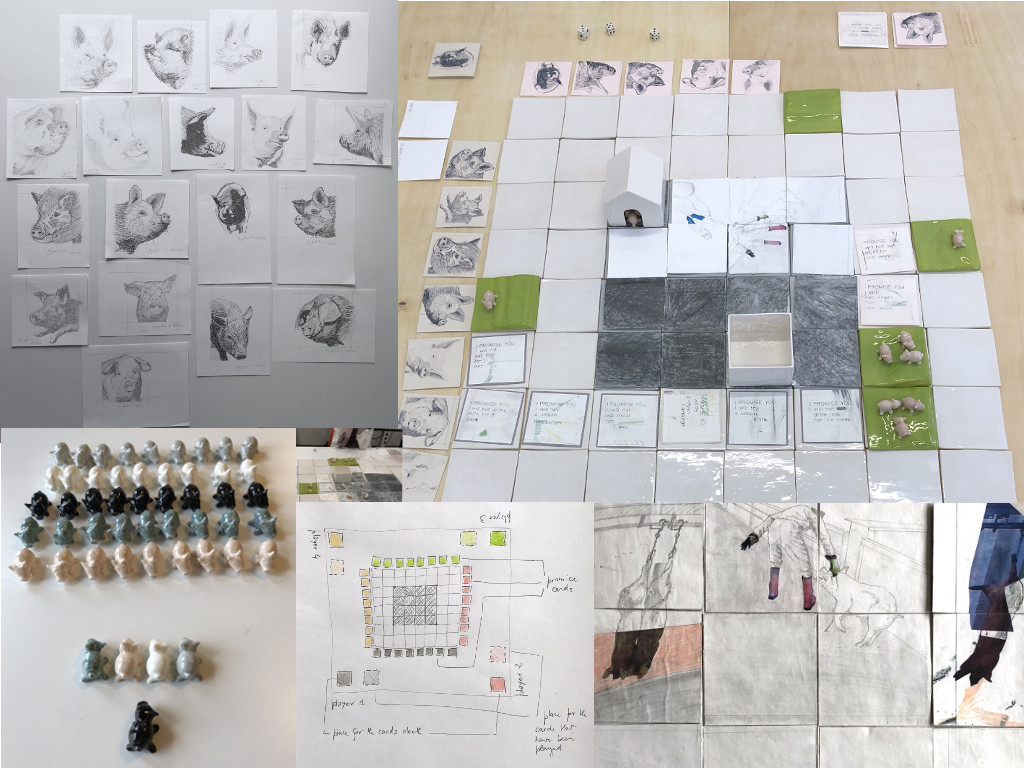